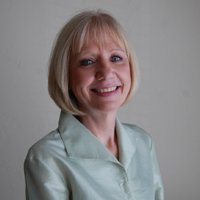 As President and Owner of Ultimate HR since 2008, Lori oversees it all. Lori has worked in various areas of Human Resources since 1983. She has worked with Fortune 500 companies in the area of aerospace and electronics, and with smaller companies in food service and telecommunications. In her career, she has held management positions in training and development as well as general HR. She also served as the Chief Ethics Officer for Goodrich (now United Technologies).

Lori relocated to Oklahoma City from Charlotte, NC. where she served as Vice President of HR for Dobson Communications. Shortly after relocating, it was announced that AT&T would be purchasing Dobson. At that point, Lori decided to stay in Oklahoma and start her company which she designed specifically for small businesses that do not need a full-time HR person but do need an HR presence.

Prior to 2007, Lori spent 11 years being the top HR person either at a division level or a corporate level and has vast experience in all areas of HR. Throughout her career, she has worked in various International markets, including Singapore, Vietnam, Germany, UK, England, Mexico, Israel, Russia, and Canada.

Having a heart for children, Lori Engel served on the Board of the Equine Therapy Center and the Board of Citizens Caring for Children. Lori is a trained speaker on "In Our Own Voice" for the National Alliance for Mental Illness.

What is your favorite TV Show?
Big Bang Theory

What was your first car?
A 1975 Ford Pinto - yes, the one recalled for the gas tank location - sure to blow up if you hit it in the rear. But hey - it had a "moon roof," as opposed to the "sunroof" which I now have.

What is the worst job you've ever had?
It would have to be the Dairy Queen when I was 16. The owners were so difficult. I was relieved when I came down with mononucleosis and could no longer work there. Ironically, 10 years later I managed a Dairy Queen (and I was a much better boss).